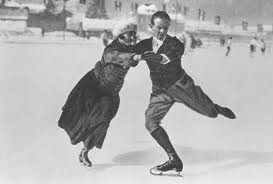 January 25, 1924
On January 25, 1924, the first Winter Olympics take off in style at Chamonix in the French Alps. Spectators were thrilled by the ski jump and bobsled as well as 12 other events involving a total of six sports. The “International Winter Sports Week,” as it was known, was a great success, and in 1928 the International Olympic Committee (IOC) officially designated the Winter Games, staged in St. Moritz, Switzerland, as the second Winter Olympics.
HOLY NAME OF JESUS SCHOOL
CELEBRATE  90 YEARS OF SERVING THE CHILDREN OF LOS ANGELES.
CELEBRATE 1924 ~ January 25, 1924